We started the Intranet Now conference back in 2014 on Twitter and Google Plus – those early conversations shaped our annual conference.

But while I’m personally delighted with the UI of Google+, as a network, it hasn’t taken off in our intranet / comms world, has it?

I’m no fan of LinkedIn – it’s been clunky and full of links to blogs for so long. But they really got their act together in 2015 – I don’t mean the plethora of random apps they spewed out, I mean they really focused on the UI and even the UX of the website. So much so that I started dipping back into LinkedIn Groups and such.

LinkedIn is so much nicer these days!

So, Intranet Now has launched a Group, and you’re invited. We’re small and so perfectly formed for real conversation. I say this because so many Groups are dominated by a daft question, and then a link to a blog article with the supposed solution. 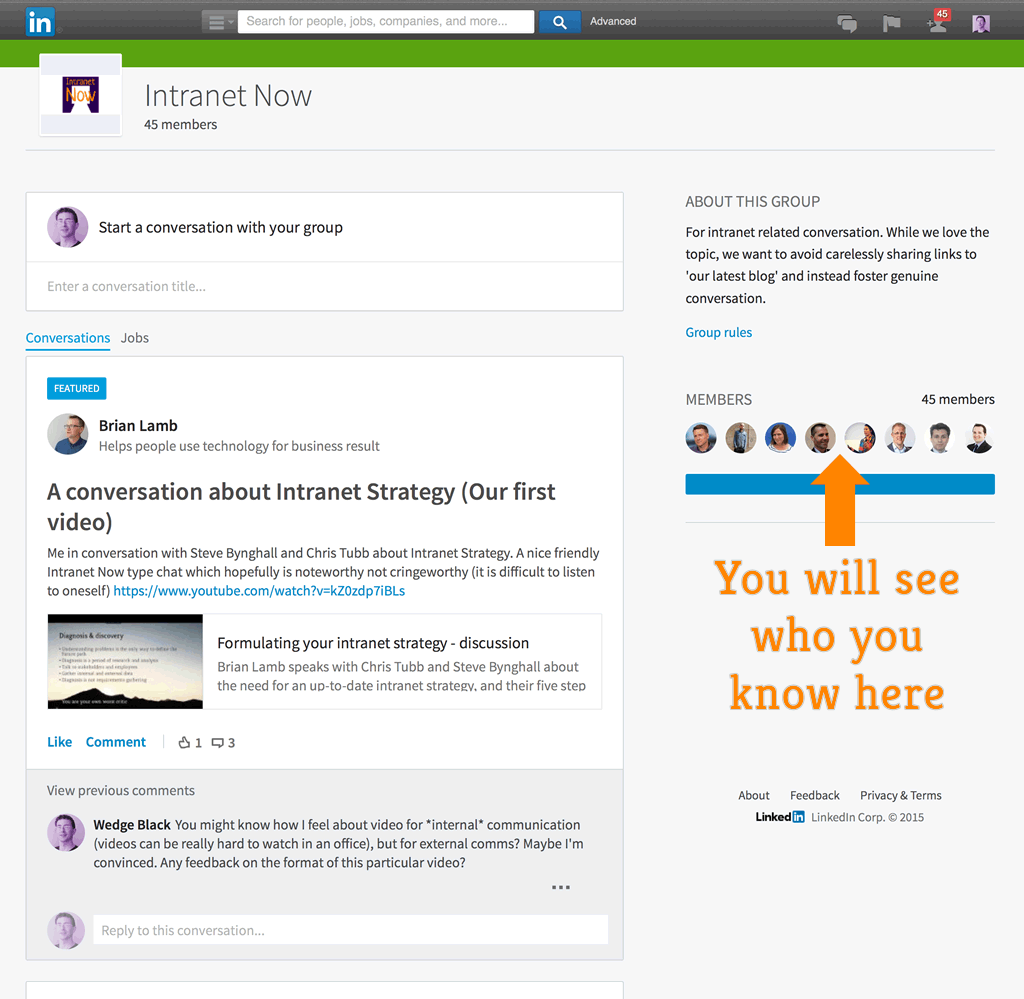